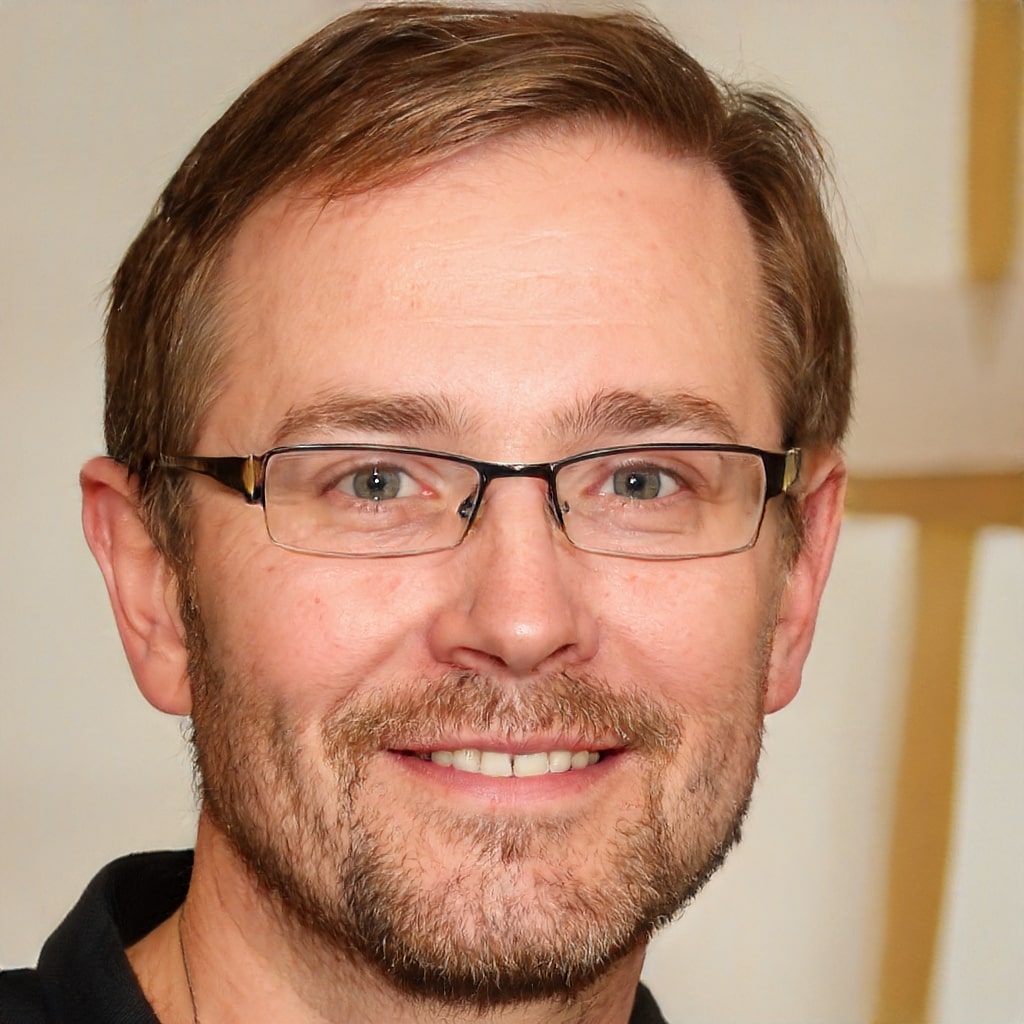 How to buy Bitcoin in the USA

Buying Bitcoin in the United States can be difficult because you cannot invest in and custody Bitcoins via the traditional stock market or popular trading applications like Robinhood.

Instead, investors in the United States must find a trusted and regulated cryptocurrency exchange in the country to get started. In this guide, we review and compare some of the best crypto exchanges in the USA to help you get started.

Mining Bitcoin in the USA is legal, but also be expensive. This is because the mining process requires a lot of power. As such, although anyone can mine Bitcoin from anywhere in the country, there are certain states that have been classified as preferable thanks to their affordable energy rates.

Miners and researchers have recommended five states for their affordable energy rates: Louisiana, Idaho, Washington, Tennessee, and Arkansas. On the other hand, the five most expensive states to mine Bitcoin in the U.S.A. are Hawaii, Alaska, Connecticut, Massachusetts, and New Hampshire.

Currently, the U.S. is home to the biggest Bitcoin mining facility – the facility is under construction in Virginia at a cost of $65 million.

Best Bitcoin exchanges in the USA

The following list provides a high level overview of the best 5 Bitcoin exchanges in the USA.

We breakdown these top 5 exchanges and more below to help you find the best crypto platform to get started.

Coinbase is the world's largest and most recognizable cryptocurrency exchange and institution. Their platform offers the easiest and most beginner friendly user-interface on both their web platform and iOS/Android applications.

Having recently listed on the public stock market, the Coinbase crypto exchange boasts the most users in the United States by a very wide margin. One key aspect for users to consider are the Coinbase fees, which are generally around 1% per transaction. Read our full Coinbase Review for more information.

FTX are a leading global cryptocurrency exchange that was based in Hong Kong and have recently moved across to Miami, United States. They are one of the largest Bitcoin exchanges in the world who offer a very wide array of products which include standard trading, leveraged trading, crypto lending and much more.

FTX have some of the lowest fees out of the competitors in the United States and start at just 0.07% per trade. You can read more about this in our extended FTX US Fees guide.

Founded in 2011 by renown Bitcoiner Jesse Powell, Kraken has grown to become one of the most trusted crypto-institutions in the United States. Having recently acquired a banking license in the state of Wyoming USA, Kraken is a secure and safe Bitcoin exchange for institutional investors to buy large amounts of Bitcoins over-the-counter (OTC).

The fees to trade on Kraken are more expensive than FTX USA and start at 0.26% per transaction.

There has been a lot of regulatory issues with Binance recently in countries like the United Kingdom and Canada, so we do not necessarily recommend the exchange as the most safe option in the country.

Binance US does offer very attractive fees that start at 0.1% per transaction, which may sway some investors to move their crypto trading over to their platform.

Robinhood is one of the most popular stock trading apps in the United States that offers a commission-free crypto trading platform with 'Robinhood Crypto'. This exchange allows investors to trade Bitcoin, Ethereum, Dogecoin, Ethereum Classic and more via the user friendly mobile app.

The reason why we dont recommend Robinhood Crypto is because they do not let you actually custody the cryptocurrencies that you purchase. This means that you cannot withdraw your Bitcoin or Dogecoin off the platform to put it into secure custody, which is completely against the ethos of crypto.

Gemini Crypto is a well regarded digital asset exchange that was founded in 2017 by renown venture-capitalists and Facebook co-founders the Winklevoss Twins.

Their platform offers a host of crypto products which includes an easy to use Mobile App, Gemini Custody (secure wallet solution) and most recently Gemini Earn which is a way to start earning interest on your crypto.

The Gemini Crypto Exchange fees are very high and start at 1.49% when using their web platform.

Based in Tel Aviv, Israel, eToro is an investing and trading application that has grown to become a global powerhouse. Their platform offers users the ability to trade a wide variety of cryptocurrencies for low fees and with tight spreads.

Unlike other brokerages like Robinhood, eToro also allows users to freely withdraw their cryptocurrency into any other crypto wallet they choose.

eToro USA LLC; Investments are subject to market risk, including the possible loss of principal. Archived, "Virtual currencies are highly volatile. Your capital is at risk."

BlockFi is the most popular crypto lending platform in the United States that lets you earn up to 7.5% interest on US Dollar stablecoins and 1% interest paid out in Bitcoin for Bitcoin deposits.

The BlockFi platform also offers an exchange that lets citizens in the USA deposit US Dollars to buy Bitcoins. However, the fees to buy Bitcoin on BlockFi are incredibly expensive at 1%.

We recommend you purchase coins from a real exchange like Coinbase, then transfer the funds over to BlockFi if you are looking to earn interest on crypto with their platform.

The Crypto.com platform is one of the world's fastest growing crypto app's boasting over 10m users and 100 different available crypto assets. They allow users to buy Bitcoin their way through a variety of deposit methods which includes Bank Transfers, PayPal, Credit Cards, Debit Cards and much more.

The Crypto.com fees are also very reasonable when compared to alternative exchanges starting at 0.4% per trade. It is important to note that Credit Card purchases cost 2.99% per trade, which is quite expensive.

Paybis is one of the easiest ways to buy Bitcoin in the United States with their user friendly exchange that offers both credit card and debit card purchases.

Their exchange offers extremely high limits with credit and debit card purchases at $20,000 USD per transaction with very fast payouts.

Bittrex Global is a US friendly cryptocurrency exchange that offers instant USD deposits for the purchase of cryptocurrencies like Bitcoin, Ethereum, Caradano, Chainlink and over 200 more.

They have relatively low trading fees starting at 0.25% across all of there markets.

History Of Bitcoin In The United States

Bitcoin is a digital currency that has been around for almost a decade now. It was created in 2009 by Satoshi Nakamoto, but the developer’s true identity has never been verified. It took some time for the world to embrace Bitcoin, but it eventually found its way in to the United States financial markets.

Here is a comprehensive insight into the history, legality, and mining of Bitcoin in the USA.

Bitcoin has been in use in the USA since its development. It has not always been considered as a legal currency, but its decentralized nature made it difficult for the government and financial regulators to control its use.

There are three crucial events that define Bitcoin’s history in the United States:

The first event is the ​U.S. Treasury’s classification ​of Bitcoin, as a decentralized and convertible virtual currency. This classification came in 2013, five years after the unveiling of the cryptocurrency. It paved the way for the legalization and general acceptance of Bitcoin in the country.

The 2013 classification was followed by another classification in 2015, this time by the Commodity Futures Trading Commission (CFTC). This commission officially classified Bitcoin as a commodity towards the end of 2015 – this classification meant that Bitcoin would be liable to taxation by the Internal Revenue Service as it was categorized as property.

The third significant event in Bitcoin’s history in the United States. came in 2016 when a federal judge ruled that the virtual currency is money just like any fiat currency. This came following the prosecution of Anthony Murgio, who was accused of running an unlicensed Bitcoin exchange platform. USA DistrictJudge Alison Nathan ruled that Bitcoin qualifies as money citing a similar ruling earlier in 2014 by U.S. District Judge Jed Rakoff.

Over the years, Bitcoin has become more entrenched in the USA, and its adoption is still ongoing. It is important that as an investor, you do not use places like Robinhood to buy Bitcoin - but instead use an exchange like Coinbase that actually lets you custody your BTC and is the best cryptocurrency exchange in the United States.

One of the main characteristics of Bitcoin is that is does not hold any intrinsic value as it is a digital currency. The uncertainty associated with it, coupled with the fact that it has been in existence for barely a decade, means that many companies and stores have been reluctant to embrace it. However, this has been changing over the years, as there are thousands of companies and stores that accept Bitcoin as a means of payment today.

This section will highlight four of the most significant companies that accept Bitcoin:

Overstock is a popular online ticket vendor that sells big-ticket items at discounted prices. It was the first online retailer to accept Bitcoin in 2014following a partnership with Coinbase, a popular cryptocurrency exchange. It accepts Bitcoin, as a form of payment for virtually every item in its inventory.

Microsoft has also embraced Bitcoin. The company accepts Bitcoin in exchange for products and services such as apps, games, and movies. Bitcoin transactions are conducted on the company’s online store as well as onWindows and Xbox stores.

Virgin Galactic is a commercial space flight company under the Virgin Group.This company has been accepting Bitcoin since 2013 for services such as space travel.

The U.S. is one of the top destinations for Bitcoin and other cryptocurrencies. It is also one of the most progressive countries when it comes to development and adoption of digital currencies. Experts are optimistic that Bitcoin will gain more popularity and utility in the U.S. over the coming years. It is also very promising that large institutions like Fidelity Investments, SunTrust Bank and Charles Schwab are building infrastructure around Bitcoin in 2021.

The Price of Bitcoin in USD