A comprehensive guide on how to buy Bitcoin in the UK securely and quickly. Review and compare the most trusted Bitcoin exchanges for residents of the United Kingdom to get started. 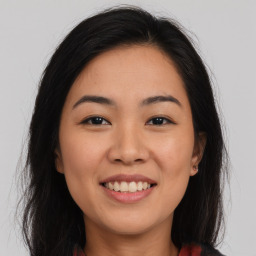 How to buy Bitcoin in the UK

Buying Bitcoin in the UK is much easier than many think. It is as simple as picking an exchange, creating an account, depositing money and clicking "buy Bitcoin".

Review and compare the best cryptocurrency exchanges below to find the fastest and most secure way to make your first Bitcoin purchase in the United Kingdom. Buy Bitcoin Finder gives order placement preference to exchanges located in the UK, or exchanges that enable the smoothest verification for citizens of the UK.

Gemini was founded by well known venture capitalists, the Winklevoss twins. They are a New York based Bitcoin exchange that enable residents of the United States, United Kingdom, Canada and more to buy, sell and trade using their exchange.

Gemini offer both a web application and iOS/Android app that enable users to invest in Bitcoin and other cryptocurrencies within minutes.

eToro is a well respected business that is best in class in terms of security and regulation from a global standpoint. Read our eToro Fees review if you are interested in learning more about pricing.

Cryptoassets are unregulated in some EU countries and the UK. No consumer protection.

Safello is a relatively new Bitcoin exchange based in Stockholm, Sweden and is a fully registered financial institution. They offer a wide range of payment methods and low fees for Swedish users to onboard and quickly buy Bitcoin.

An Overview of Crypto in the UK

The capital of the United Kingdom (UK), London, has been regarded as one of the largest centre's for finance and financial technology around the world. With that said, it comes as no surprise the adoption and infrastructure for Bitcoin and cryptocurrencies in the nation has come about quickly, with many Bitcoin based startups relocating to the UK as their new hub.

According to a recent survey by YouGov, in late 2019 over 93% of people based in the UK had heard of Bitcoin, with over one fourth of the respondents noting that they understood Bitcoin fairly well.

Bitcoin and crypto companies have fallen particularly in favour with the Isle of Man, which is well known due to its tax haven status. It is for these reasons that it comes to no surprise that the UK is one of the hotspots for Bitcoin adoption and growth around the world.

The overarching body that regulates Bitcoin and finance in the UK is the Financial Conduct Authority, otherwise known as the FCA. Although the FCA does not yet consider Bitcoin as legal tender in the United Kingdom (UK), they are still in favour of Bitcoin being regulated in order to actively prevent terrorism financing and money laundering.

Unlike other countries around the world, the United Kingdom’s FCA does not consider virtual currencies as a commodity or currency. Rather, the FCA considers Bitcoin and other digital assets as a means of payment or exchange.

Much like the United Kingdom’s fellow commonwealth country Australia, cryptocurrency exchanges in the UK are required to register with the FCA and are thereby subject to their anti-money laundering standards akin to other financial institutions in the nation. This provides a degree of assurance for those who are looking to buy Bitcoin in the UK as the exchanges who facilitate this are under the umbrella of a regulatory authority.

In 2019, Bank of England Governor Mark Carney announced that targetted Bitcoin and cryptocurrency regulations are on the horizon for the United Kingdom (UK). As it stands, there is an ongoing parliamentary inquiry with the FCA working closely with the Bank of England and the UK Treasury to develop a strategy to deal with the risks underpinning digital assets, with a focus on anti-money laundering, counter terrorism financing and financial stability.

Buy Bitcoin in the UK

Given the United Kingdom’s status as a technology hub both for fintech and Bitcoin or crypto, the UK is one of the easiest and safest places in the world to buy Bitcoin. Recent data suggests that there are over 300 registered exchanges in the UK that enable users to securely buy, sell and trade Bitcoin against British Pounds. You can safely get started with a Barclays Bank or Lloyds Bank in the UK. You can also use popular trading platforms like Trading 212 to get started, read more about this in our extended Trading 212 Review.